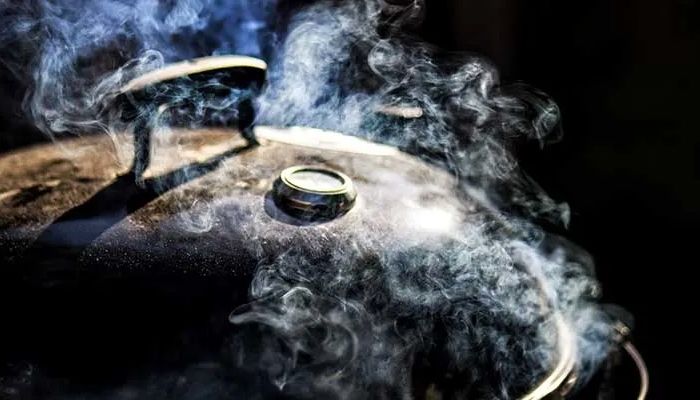 Many inexperienced charcoal grill owners get so frustrated with the lack of the ability to set up and control the temperatures of their grills that they are ready to give away barbecuing altogether.

The fact is that the ability to control the charcoal grill temperatures properly is crucial for the grilling and smoking end results.

Without such temperature control, chances are that the meat or other food will come out either overcooked or undercooked or will turn out to be a culinary disaster.

This is because controlling the temperature when using a charcoal grill is more complicated and requires more skill and experience than using other types of grills such as gas grills or pellet grills.

But once you understand the principles of setting and maintaining the temperature of your charcoal grill, you will find it an easy and intuitive process.

By learning how to set up and control the heat of your grill, you will be able to expand your use of the charcoal grill for more than just flipping burgers or searing steaks.

Here is a detailed guide on how to control the temperature of your charcoal grill.

4 great ways to control the heat

There are four methods that can be used separately or together for achieving effective control of the temperature of any charcoal grill.

Once you understand and master them, you will be able to cook some of the best-barbecued food ever.

Here are the four main ways to control the heat of your charcoal grill:

Control the airflow by adjusting the vents

The temperature of the charcoal grill is controlled by the amount of airflow you allow in and out of the grill.

The more air and oxygen, the hotter the flames and the higher the heat will be when it comes to charcoal grills.

This is the opposite of using a gas grill, where the more you open the lid, the more of the heat and smoke will escape.

Charcoal grills have vents both on the bottom and on the top.

As you close the intake dampers, the temperature will decrease.

The upper vents of the charcoal grill are known as exhaust dampers, and they act like chimneys allowing for the smoke to leave the grill and make space for new fresh air to enter it, providing a good airflow inside.

Different pitmasters and grill makers recommend various ways to control the temperature. Some suggest that you leave the exhaust dampers completely open and control the heat via the intake dampers.

On the other hand, Weber recommends that you leave the intake dampers completely open and adjust the temperature via the exhaust dampers on top of the grill.

You can try adjusting and maintaining the temperatures in your grill by experimenting with either of these two options and try achieving the most commonly used temperatures of 225 and 325 degrees Fahrenheit.

This will help you see which method works better for you.

According to Weber, the correlation between the exhaust damper on the top of the grill and the temperature inside it is as follows:

Build a two-zone fire (or a three-zone fire)

You can also try to control your cooking temperatures by setting up a two or three-zone cooking area in the grill.

The two-zone fire includes a searing hot zone over a direct fire and a cooler zone for indirect grilling.

This setting will require that you move your meat from one zone to another depending on whether you are using the searing or reverse searing method.

You can easily set up a two-zone cooking area by raking the coals so that they are under ½ to 2/3 of the grate. This will be the hot zone, and the remainder of the grate is the cool zone.

A three-zone cooking space includes a hot zone for direct fire searing, a moderate zone for cooking, and a safety zone that is fire-free.

These setups will allow you to control the temperature at which your food is cooked by simply moving it from one area to another.

The food which is placed in the indirect cool cooking zone will still be cooked via the hot air which is circulating inside the grill, but at a lower temperature and slower.

The hot zone is for starting or finishing up the cooking, depending on the grilling method you are using for searing.

Another easy way to control the temperature at which your food is cooked is to adjust its distance from the direct fire. The further it is from the fire, the lower the temperature will be and vice versa. Thankfully, many charcoal grills have adjustable racks, which will allow you to move the meat or other food away or closer to the coals easily.

This is another simple way to slow down the cooking and lower the temperature. All you need is a piece of heavy-duty aluminum foil, fold it up like an envelope and place it under the food which you think is being cooked at a temperature that is too high.

The foil will block the radiant heat emitted by the fire and will slow down the cooking. It can also help protect bamboo skewer ends from burning.

The abovementioned four methods for temperature control are more suitable for cooking at higher temperatures.

If you prefer to cook and smoke the food low and slow, you will need to adjust the setup of your charcoal grill before using it.

The right way to set up your grill

The most commonly used method for setting up a charcoal grill for low and slow cooking is via the minion method.

This method includes using small amounts of coal or briquettes at the beginning and then adding unlit coal, which will gradually start lighting up and increasing the temperatures very slowly.

The easiest way to set up your grill for using the minion method is to create a circle of briquettes around the grate and then adding some lit briquettes in the middle of the circle.

To set up your grill using the minion method, you can use a charcoal chimney flipped around and set light to the coals in the smaller chamber.

With this method, you will be able to achieve and maintain steady temperatures for a low and slow cooking session for hours without the need to add more charcoal. It is one that is often used by professional pitmasters.

You can cook food using the low and slow method on a charcoal grill using the direct and indirect cooking zone methods.

Keep in mind that the heat sources are the lit coals, while the others which are not lit are the sources of fuel for your grill.

Here is how to use direct and indirect cooking for low and slow BBQ sessions.

Most low and slow cooking require that you set up the grill for indirect cooking. This is done by controlling the number of burning coals which you will be using. About five coals will ensure that the temperature of the grill is between 225 and 250 degrees Fahrenheit.

This can be done by:

If you are planning on a long, low, and slow cook, you should increase the number of coals that are not lit when setting up your grill.

If you need to achieve a higher temperature, then simply increase the number of lit coals you add to your setup.

With this setup, you can take advantage of the hot and cool cooking areas and sear or reverse sear your steak.

A reverse sear is performed by cooking the steak at low temperatures slowly and then finishing it off by searing it over the direct fire.

This will result in a properly done steak with a crispy exterior.

If your cooking plan involves cooking meat or other food over direct fire for more than 30 minutes, here is how to set up your charcoal grill:

A tip about vent settings

When cooking low and slow, you can still use the vents of the grill to control the temperature. But it is recommended that you wait until the temperature inside the grill has stabilized for about 20-30 minutes before you start meddling with the intake or exhaust dampers.

Once you have adjusted the vents, let the temperature stabilize for another 20 minutes to see how your alteration is affecting the heat in the grill.

This type of temperature adjustment will require some experimenting and experience.

A good starting point is to try setting both the top and the bottom vents to a half and see how this affects the temperature of the grill.

Unlike what some people believe, charcoal grills are not only suitable for searing steaks or making burgers. In fact, if you learn how to set up your grill and maintain the temperature, you can use it for all types of cooking.

Once you have gained some experience and based on the basic knowledge for temperature control, you will see just how many types of delicious meals you can prepare on your charcoal grill.

We are quite sure that pretty soon after you master the skill of heat control, you will be able to enjoy all of the benefits of owning and using a charcoal grill.